El Gouna Conference and Culture Center is situated in El Gouna of Egypt, the premier Red Sea resort destination. Designed by Studio Seilern Architects, total 30,000sqm footprint of the project is composed of three parts: the plaza, the concert hall and the conference center.

The Plaza
The nearly-completed plaza is a vast space surrounded with a monumental colonnade of Islamic-inspired barrel GRC vaults and arches produced by Fibrex Construction Group and all GRC elements were made with Cementir’s Sinai White Cement.
The sculptural GRC arches with Islamic characteristics not only serve as a shaded path, but also acts as a buffer-zone effect for wind, sand and noise. The semi-open colonnade space looks towering into the sky and its design concept comes from desert context, monumental scale of ancient Egyptian architecture and Islamic architecture elements.
The open-air plaza can accommodate up to 1400 people for various events like film screenings and award ceremonies. Tropical plants and artificial pool create a comfortable and pleasant oasis and island style.

The conference hall
2,000-seat conference centre is the last part of the project for hosting national and international seminars, conferences and events.

The entire project is to be completed 2023. The complex will be one of the Egypt’s rising stars. 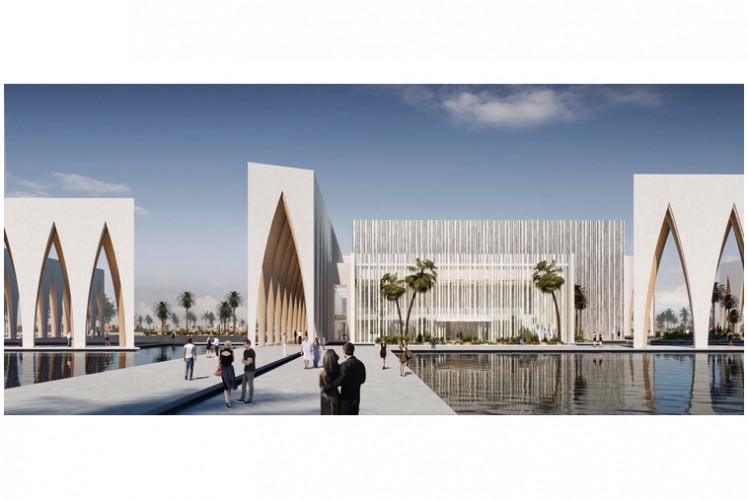 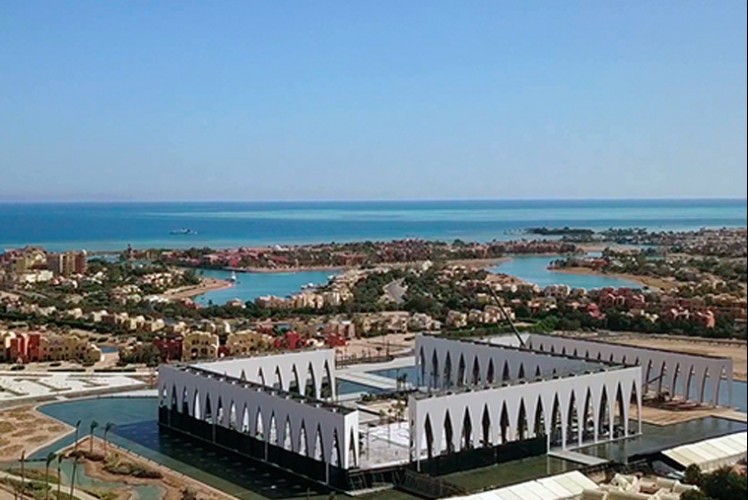 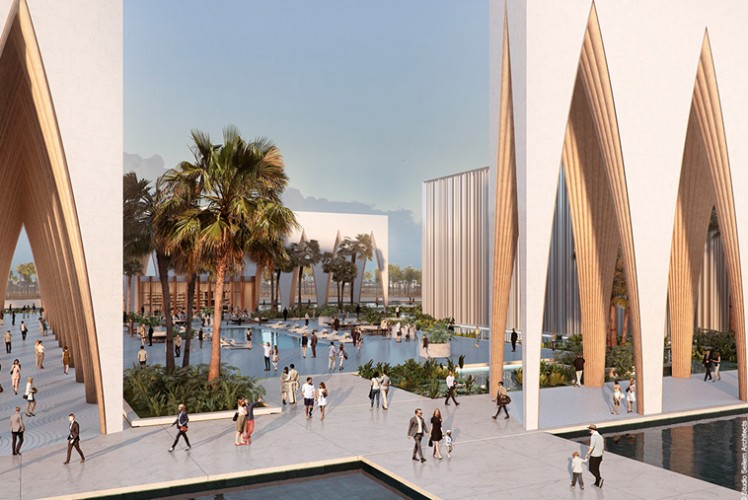 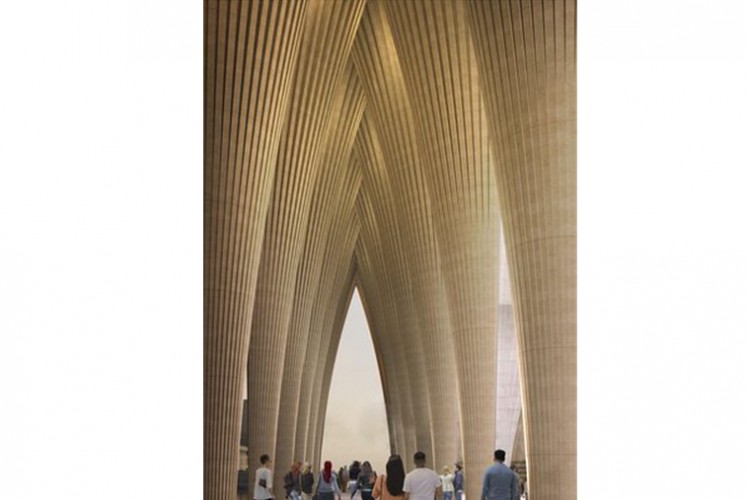 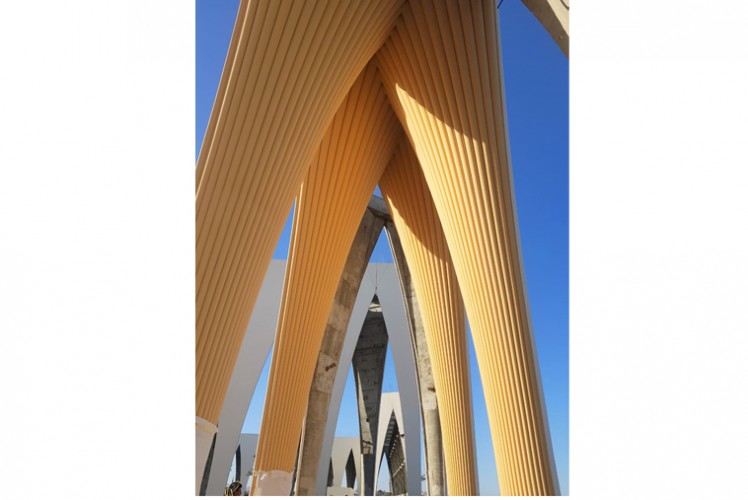 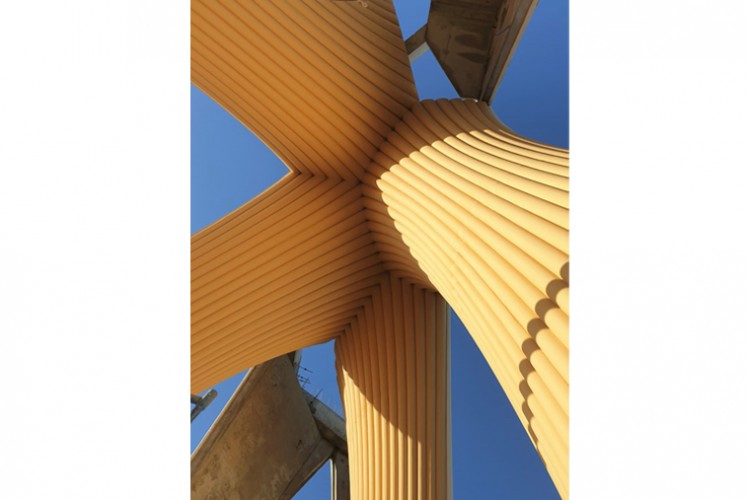 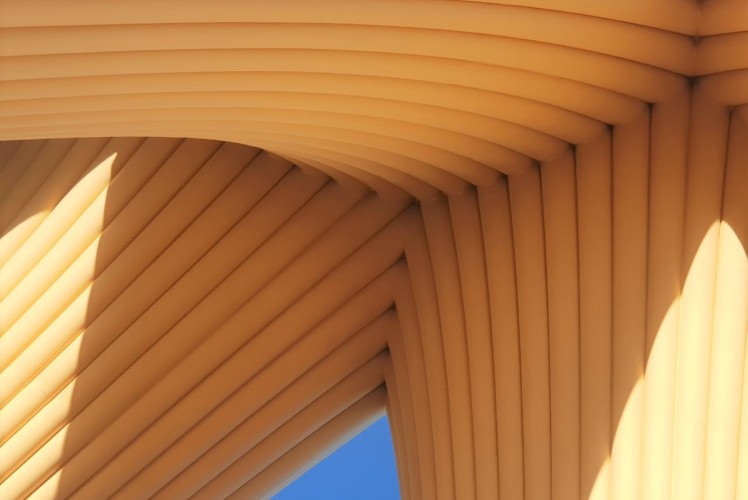 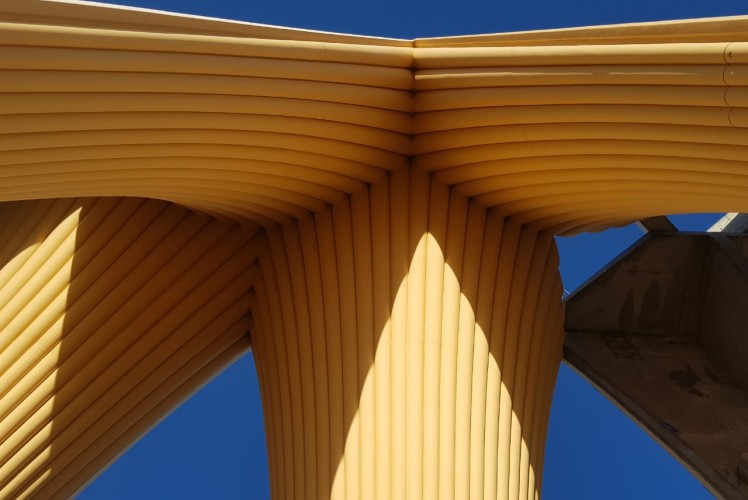 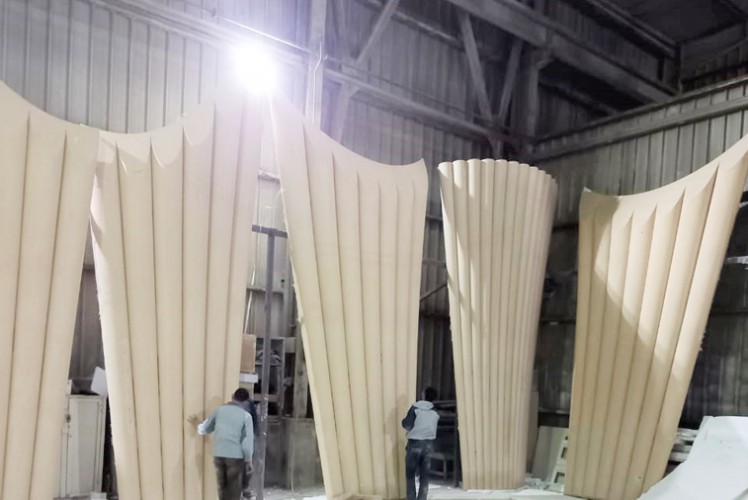 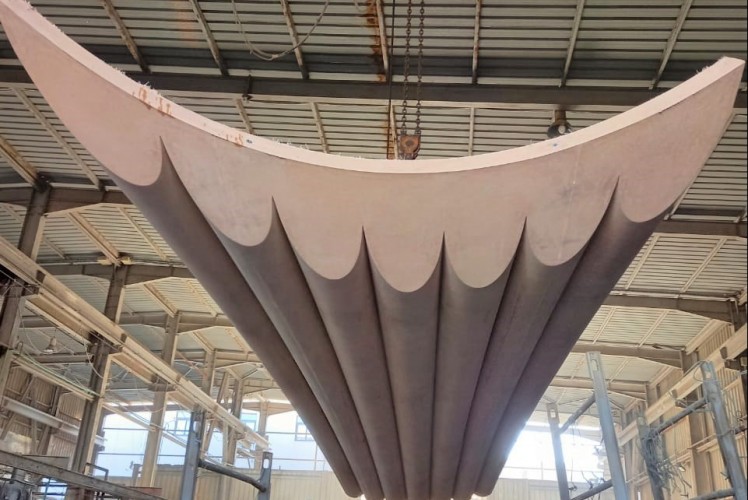 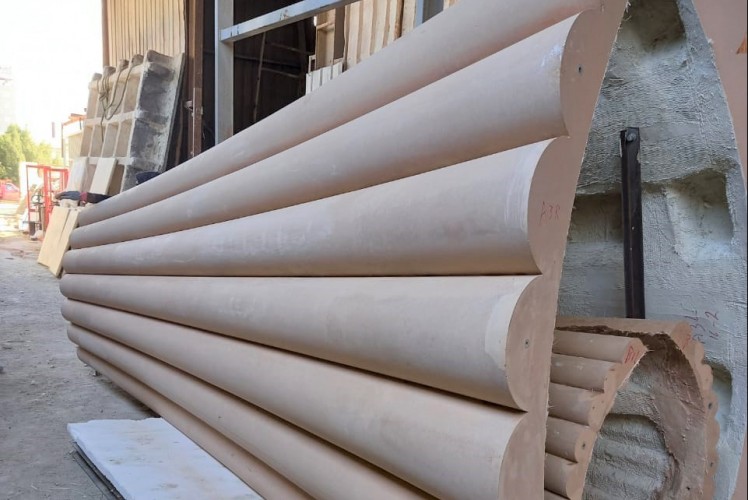 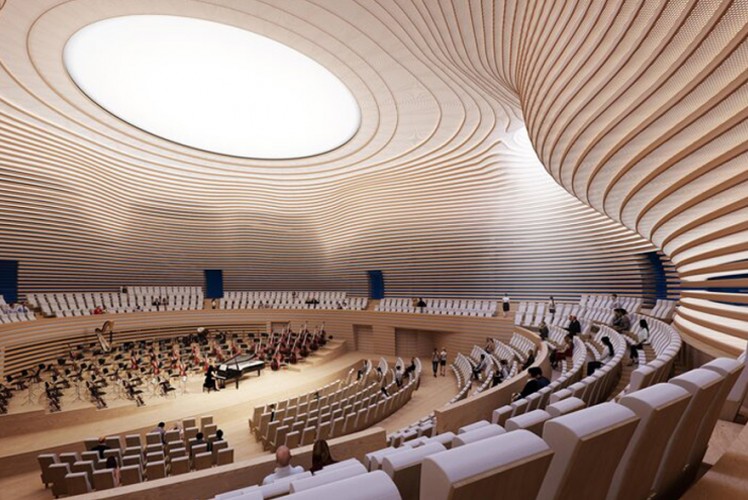